While the adult mosquito grows up to 4 millimeters (0.16 inches) in length, it is one of the most dangerous insects in the world. Like the fly, tick, flea, and ant, the mosquito has been linked to diseases – Zika virus, malaria, Chikungunya virus, West Nile virus, dengue, and Eastern Equine Encephalitis “EEE” – in humans. It is unfortunate when humans encounter mosquitoes, without knowing the health risks. Thanks to public awareness campaigns by federal and state governments, mosquito-borne illnesses are gaining notoriety.

Mosquito-borne illnesses target both humans and animals. Heartworm disease, EEE, and West Nile virus in animals is related to mosquitoes.

Our professional mosquito control targets the local population. Entomologists believe mosquito population control throughout the world can help reduce new cases of related illnesses. We partner with other local extermination companies to better control the population of mosquitoes in the United States. Our exterminators are trained to differentiate between the 174 species of mosquito found within the US borders.

The ideal environment for mosquitoes is warm and damp. The insects are more active at dawn and dusk than at any other time of the day or night.

Our Mosquito Pest Management – What Does It Entail?

We believe our mosquito control plays a major role in minimizing the new cases of West Nile and Zika viruses, and EEE.

The mosquito is one of the biggest health risks in the insect world. In fact, the mosquito is believed to be the most dangerous living pest on Earth. The species has been connected to about 1 million malaria deaths worldwide each year. Malaria is spread through the bite of infected mosquitoes. The insect injects the virus into the victim’s bloodstream. The onset of malaria symptoms appears within weeks of the infected mosquito bite. The first symptoms are generally chills and shivering. A high fever is next to appear, followed by profuse sweating, a sign the fever has broken. 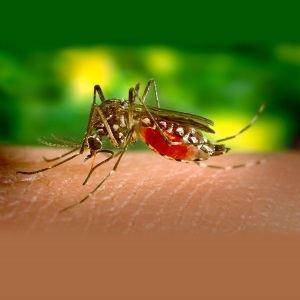